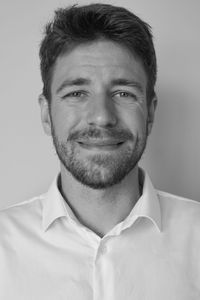 Paul Doffing primarily teaches English conversation, mainly on a one-to-one basis. He is entering his second year of teaching English in Slovakia.

Paul was born and raised near Minneapolis, Minnesota in the United States. He has been living in Slovakia since 2017.

In addition to teaching, Paul also has an extensive background in music performance and song-writing. He has performed hundreds of concerts in 7 countries, from colleges like the University of Lille in France to the Shrine World Music Venue is New York City, and received a grant from the National Endowment for the Arts for his 2015 album “Songs from the Quaking Heart”.